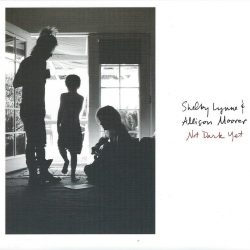 For those that don’t know, and there can’t be many, Shelby Lynne & Allison Moorer are sisters (Shelby was christened Shelby Lynn Moorer), Shelby Lynne being the elder by three years. Yet, despite both having been established performers since they were in their teens, this is their first album together. We should’ve been treated to this collaboration so much sooner!

The sisters’ early life does read a little like a bad country music song. Their father was an alcoholic who used to beat their mother. He eventually shot and killed her before turning the gun on himself – in front of the two girls. They were 17 & 14 at the time. You can only imagine how traumatic that must have been but they seem to have drawn strength from their experiences and the bond between them comes across so strongly on this album. These are two artists who really connect across the wide range of songs selected for the album.

Shelby Lynne, in particular, is known for her ability to interpret other writers’ songs and this is, primarily, an album of covers, drawing on material from The Killers, Townes Van Zandt, Nick Cave, Merle Haggard – there’s even a Kurt Cobain song; the source material is nothing if not eclectic but the two sisters manage to put their own twist on all of it. The title track, Dylan’s Not Dark Yet sounds like it was written for them, brooding and reflective but enlivened by the superb keyboard work (Benmont Tench and Alison Moorer) and the outstanding vocals. Siblings always seem to be that bit better when it comes to harmony singing and Lynne & Moorer are another fine example of this axiom – the vocal work throughout this recording is really terrific, an absolute treat. Lynne’s voice is the rougher, more lived in of the two but both voices are so strong and melodic. There are so many great tracks on this album that it’s hard to single out particular performances but, along with the title track, their interpretation of Jason Isbell & Amanda Shire’s The Colour of a Cloudy Day must rate as the most beautiful version of this most beautiful of songs. They also do a particularly impressive version of Nick Cave’s Into My Arms.

What is a shame is that they haven’t recorded any original material other than the album’s closer Is It Too Much – because this song, written by the two of them, is among the best songs on this outstanding album.

Mention should also go to Teddy Thompson’s terrific production. This is the second time he’s occupied the producer’s chair, following on from 2014’s Thompson “Family” album, and he shows a deft touch that suggests others might soon come calling on his new found talents as a producer. He’s ideally suited to bring out the best from Shelby Lynne and Alison Moorer – being an artist who knows the power of good songs and the importance of not burying them in overcomplicated arrangements, he’s really let the sisters voices shine through.

Here’s hoping that this is the first of more collaborations between these two talented sisters; and here’s hoping their next album contains more of their own material. This is one of the albums of the year for this reviewer.