Let’s start the week – not for the first time – with a little bit of Nathaniel Rateliff.  Deserted beaches, empty streets and abandoned fairground rides feature in the apocalyptic video for ‘Time Stands’, a beautiful visual ride through quarantine across the continents.  Rett rogers, who directed the video, says: “The global pandemic we are facing has implemented distance – distance from our loved ones far away, distance from people out in the world and distance from the life we once knew. END_OF_DOCUMENT_TOKEN_TO_BE_REPLACED

In these trying times we can think of nothing better here at AUK than knocking out Top Ten’s of this, that and the other. Indeed every man and his wife (or every wife and her husband or every wife and her wife or every husband and his husband or… let’s just say everyone and their significant other) seems to be on the case. END_OF_DOCUMENT_TOKEN_TO_BE_REPLACED

‘All or Nothing’ is the visually mesmerising new video from Nathaniel Rateliff.  His melodic voice is at its most engaging, buoyed by a gentle groove.  The song is from the critically-acclaimed ‘And It’s Still Alright’, which was Rateliff’s first solo album in seven years.  It’s introspective, reflective, cleverly-written and beautifully performed: all that you’d want from one of the finest exponents of this thing we call Americana.  END_OF_DOCUMENT_TOKEN_TO_BE_REPLACED 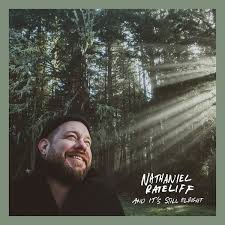 It was no secret that the new album from Nathaniel Rateliff would take on weightier subjects than what you’ll find in his work with the Night Sweats. Rateliff was open about the central role that dealing with the breakup of his marriage and the loss of a close friend played in writing the songs for the album. The singles that were released ahead of the full album certainly lived up to the expectations that the artist had set for the project. Now that the rest of the album has been released, listeners get to experience the work as a whole. END_OF_DOCUMENT_TOKEN_TO_BE_REPLACED

Here’s another great song and great video from Nathaniel Rateliff.  It’s taken from the just-released new album ‘And It’s Still Alright’.  The atmospheric video was directed by Danny Clinch, who says: “I was excited to work on this tune the moment I heard its moody cinematic opening. I felt we could make a strange little film that would allow the viewer to make their own interpretation of what the song and video means to them.”  Look out for Rateliff performing in the UK in April and May.

Is it just our imagination or does this latest song from Nathaniel Rateliff’s new album ‘And It’s Still Alright‘ (newly out on Stax Records) have something of a Harry Nilsson vibe to it ?  There’s a laid back, smooth feel to the vocal, and a whole pile of the sweetest strings.  Take a listen, see what you think. END_OF_DOCUMENT_TOKEN_TO_BE_REPLACED

It’s Nathaniel Rateliff.  What’s not to like?  This is the title track from Rateliff’s first solo album in seven years, due out on 14th February.  It’s a beautiful song, showcasing Rateliff’s characterful vocals and masterful song writing.  It’s theme is the passing of his friend Richard Swift, who produced two albums for Nathaniel Rateliff and the Night Sweats. END_OF_DOCUMENT_TOKEN_TO_BE_REPLACED