We leave you oh dear reader this weekend with news that just in time for the US primary season, Waco Brothers are releasing a collection of their songs about resistance and protest on February 28th, entitled ‘RESIST!’ The Chicago-based/UK-born country punks have been politically outspoken throughout their career and the new release brings together their most inspiring and rabble-rousing tracks – many of them from out-of-print albums, all of them never before released on vinyl before in the U.S.

Waco Brothers in their own words “play songs about the folks getting shit on and songs about the system that’s doing the shitting. They can be political, they can be personal, and sometimes there is no difference. Their shout-along manifestos and strident tomfoolery make for a potent elixir in times when reason and humor are at odds. With a hardy cackle and righteous rant, they’re down for the siege, as long as there’s enough beer to make it to last call.” Which sounds like a manifesto to us. Here’s the album cover, track list, and a classic slice of Wacos from 20 years ago – 20 years… Jesus Christ. Have a good one. 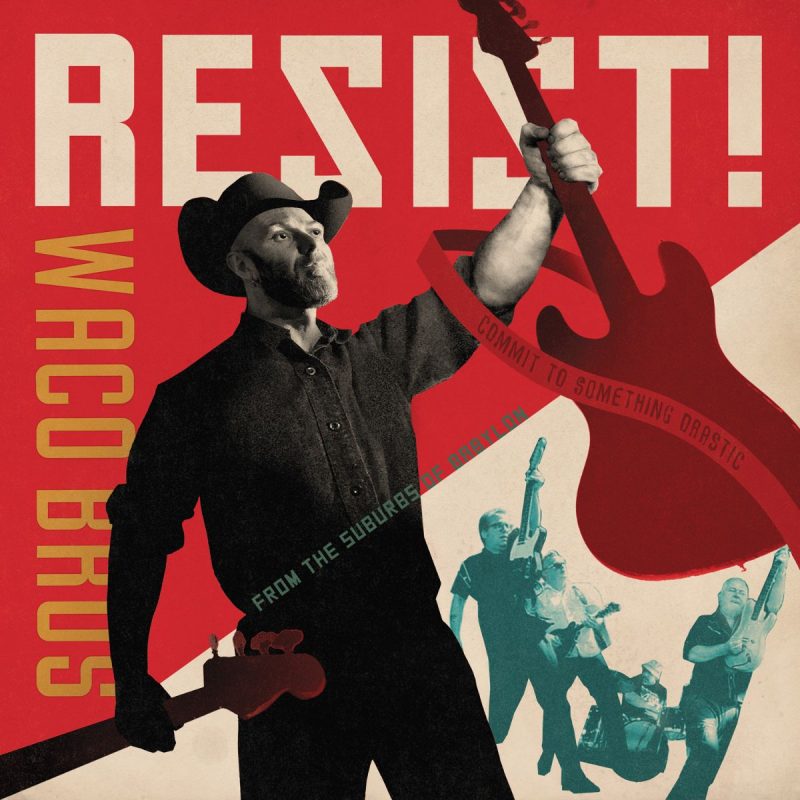