A beautiful video for a great song from the legendary Chip Taylor’s outstanding new album A Song I Can Live With.

If you’ve always wondered what Jason Isbell’s favourite colour is, whether he ever wears socks with sandals and who his favourite Hollyoaks character is (now or historical Jason, your choice!) then carpe diem as the saying goes. Uncut report: ” Ahead of the release of his new album, The Nashville Sound, Jason Isbell will be answering your questions as part of our regular An Audience With… feature. So is there anything you’d like us to ask the singer song-writer?  END_OF_DOCUMENT_TOKEN_TO_BE_REPLACED

Bristol Americana / country-soul songwriter Yola Carter, voted the AMA UK Artist of the Year 2017, has announced a run of Scottish tour dates. Following a year that saw the release of her debut solo EP ‘Orphan Offering’ she has added an acoustic trio tour of Scotland to her forthcoming live dates. A firm favourite at Southern Fried Festival following several performances in recent years, as well as a standout performance as part of the Roaming Roots Revue at Celtic Connections in January, the country has become a key part of her touring. In her own words: “Scotland is one of my favourite places to play. It’s a place where the folk tradition is alive and kicking and open to so much music.”  Here are those dates.  END_OF_DOCUMENT_TOKEN_TO_BE_REPLACED 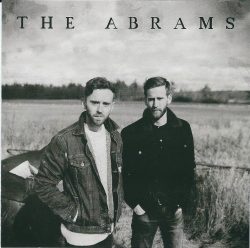 This is the major label debut EP from Canadian brothers John and James Abrams who, despite only being just into their twenties, already carry an impressive CV, having the honour of being the youngest Canadians to appear at the Grand Ole Opry and having already put out a couple of albums under their own auspices. Now they’ve been picked up by a major label (Warner Music Canada) and have their first EP produced by Gavin Brown, who has also produced for such bands as The Tragically Hip and Barenaked Ladies.  END_OF_DOCUMENT_TOKEN_TO_BE_REPLACED 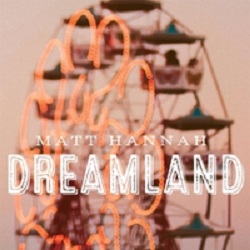 Matt Hannah’s Dreamland is an album of roots-tinged rock, with just enough pedal steel, upright bass and accordion to make it rock that bit easier, and that’s appropriate as the title song, and album opener, explains.  Here Hannah contrasts two sleep states, a pair of dreamlands – the one of his youth where he’d rock out all night with a band and then sleep until the afternoon, and the one he has now – where the listless drifting life with a band has been swapped for the steady life with just one woman. END_OF_DOCUMENT_TOKEN_TO_BE_REPLACED

Like a roller coaster ride, no sooner are they announced – we’ve just had this note through: “Due to an unforeseen personnel change, Ryan Adams has been forced to cancel his April UK trip – including recently-announced shows at Parr Hall, Warrington and The Assembly, Leamington Spa. Ryan regrets the inconvenience and looks forward to returning to the UK for performances already scheduled for later in the year including two newly announced dates that go on sale this Friday, March 31 at 9am GMT.”  Ryan Adams cancelled some US shows earlier this month due to illness. 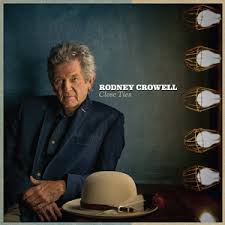 Americana defies easy classification but perhaps the legendary Rodney Crowell, by way of an introduction to his outstanding new album Close Ties, has come up with as good a definition as any. “All the people who represent Americana share a common thread and that thread is poet. Whether they are actual poets or their music exemplifies a poetic sensibility, generally speaking, the Americana artist shuns commercial compromise in favour of a singular vision. Which resonates with me.”  END_OF_DOCUMENT_TOKEN_TO_BE_REPLACED

Talitha Rise are Jo Beth Young and Martyn Barker. Their songs are a combination of Art Pop and Progressive Folk inviting the listener into a world of ethereal landscapes and bohemia. Accomplished live performers, their chemistry together offers any audience an opportunity to step outside of their heads and witness a psychedelic, raw and tribal emotive sound-scape presence. END_OF_DOCUMENT_TOKEN_TO_BE_REPLACED

And some European ones. On this provincial day for the UK, NME report: “Ryan Adams has added more dates in the UK and Europe to his upcoming 2017 ‘Prisoner’ tour. Full dates and ticket details are below. In support of his acclaimed new album ‘Prisoner‘, Adams has now added two new shows in Warrington and Leamington Spa in March, along with two more in Bournemouth and Cambridge in September. Tickets to the new shows are on sale at 9am on March 31.  END_OF_DOCUMENT_TOKEN_TO_BE_REPLACED

Aided and abetted by Andy Seward and Dave Luke, this is a delightfully spritely and scarily good take on the Stanley Brothers song.