Omg this band – does anyone remember them?  Hailing from Detroit, Michigan and fronted by guitarist/vocalist Kurt Marschke, the worst thing you could say about Deadstring Brothers were that they were sometimes a bit derivative of the Rolling Stones, but who cares when songs like ‘Blindfolded’ were this good? Sadly their label home Bloodshot announced the end of their career with an announcement in 2013 that “The brutal and indifferent whims of the world drove these guys out of the business. It is to all our losses.” To which we say that maybe Deadstring Brothers were just too good for this world. The record that this track is from – ‘Starving Winter Report’ – is an out and out americana classic, even if not enough people know this yet.

Italian Americana band Sunday Morning have announced their first-ever UK shows next month. The quartet, from the northern city of Cesena, have been picking up a raft of great reviews for their fourth album – succinctly titled ‘Four’ which was released last summer.  Markedly different in style and structure to their previous albums, the record was inspired by band founder and principal songwriter Andrea Cola’s time spent working with producer Daniel Lanois at the world-famous Esplanade studio in New Orleans. Dates are below the clip!

END_OF_DOCUMENT_TOKEN_TO_BE_REPLACED

Quite simply, this is one of the cleverest videos you’ll see this year.  A series of images, newspaper cuttings, old photographs, maps and objects are used to accompany a lovely, lyrical narrative.  The ‘American Dream’ and the passage of time are central themes in ‘New Store No. 2’, a smart, soulful song that showcases Maxwell’s characterful vocals.  The song is very personal to Maxwell, following the life of his maternal grandfather who moved from Beirut to small-town Arkansas, where he opened a small store, and is a privileged glimpse into his family.  It’s the title track from his newly-released second solo album.  Check it out. 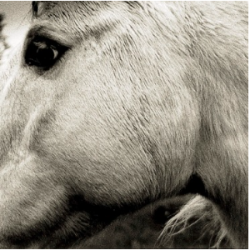 Anaïs Mitchell, Eric D. Johnson (Fruit Bats), and Josh Kaufman (Josh Ritter, The National) formed Bonny Light Horseman in 2018 after being invited to play at the Eaux Claires festival in Wisconsin. The success of this show led them to an artist’s residency in Berlin, during which their self-titled debut began to take on a more solid form. END_OF_DOCUMENT_TOKEN_TO_BE_REPLACED

Having had what he described as “a biblical journey” as he battled through the worst of Storm Ciara, Canadian troubadour Stephen Fearing noted that the setting of this show, a church converted into a thriving arts centre, was somwhat appropriate, shelter from the storm indeed. ‘As The Crow Flies’ was a well chosen opener for an artist who has spent a life on the road. Settling in with his perceptive observations, trenchant views and wry humour, Fearing held his audience from the start. END_OF_DOCUMENT_TOKEN_TO_BE_REPLACED

The production is superb on Michelle Brooke’s latest song released from her EP ‘Let the Light In‘ which brings out every ounce of expression on a song that has a slow burning groove which embraces the many facets of emotion “there’s nothing wrong with feeling wrong” she murmurs.  There’s actually light and shade in real life, she explains, it’s not all hap-hap-happy all the time in this real world we inhabit. END_OF_DOCUMENT_TOKEN_TO_BE_REPLACED 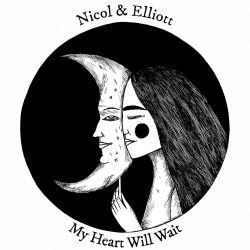 Nicol and Elliot are Andrew and Rachel, respectively. A duo who met at Celtic Connections in their hometown of Glasgow. Two string musicians whose languid guitar and fiddle stylings perfectly correspond as much as their vocals contrast. Sadly, there are only four tracks to enjoy, but each note takes its time and makes itself worthwhile; there is no filler here. With two previous singles out on Electric Honey at the end of last year, they are songwriting quickly and well, which is a good sign. They are accompanied by fellow Glaswegian Attic Lights pedal steel player Tim Davidson on both ‘The Long Way Down’ and ‘So Long Ago’ which is a welcome addition on this dusty cowboy of an EP.  ‘So Long Ago’ echoes Nick Cave’s ‘Wild Rose’, with its dark harmonies and smoky strings but without being derivative, while the title track has the lazy trip-hop feel of Morcheeba’s ‘Part of the Process’.  END_OF_DOCUMENT_TOKEN_TO_BE_REPLACED

Is there a more darkly distinctive voice in music than Leonard Cohen’s?  Last year his son, Adam, completed and released a set of songs they had begun working on before Cohen’s death.  This posthumous collection was an unexpected final flourish of undimmed creativity from an inspiring artist. Leonard would be pleased with the outcome.  END_OF_DOCUMENT_TOKEN_TO_BE_REPLACED

Americana is described as the “amalgam of American music formed by the confluence of the shared and varied traditions”. You might therefore think it inappropriate when producing an article entitled Americana A-Z, to write about Neutral Milk Hotel, who are variously described as indie rock, psychedelic folk, lo-fi or fuzz-folk. END_OF_DOCUMENT_TOKEN_TO_BE_REPLACED

America are currently on their 50th anniversary world tour.  Don’t get too excited – there’s just one UK gig date scheduled (10th July Shepherds Bush Empire, as well as a festival appearance (Cornbury, 12th July).  The world, in this definition, is the USA.  So it goes.  And if you haven’t been paying attention to the evolution of America the trio are a duo now – Gerry Beckley and Dewey Bunnell – that’s been the case since Dan Peek left the band in 1977 so hopefully is no great surprise. END_OF_DOCUMENT_TOKEN_TO_BE_REPLACED