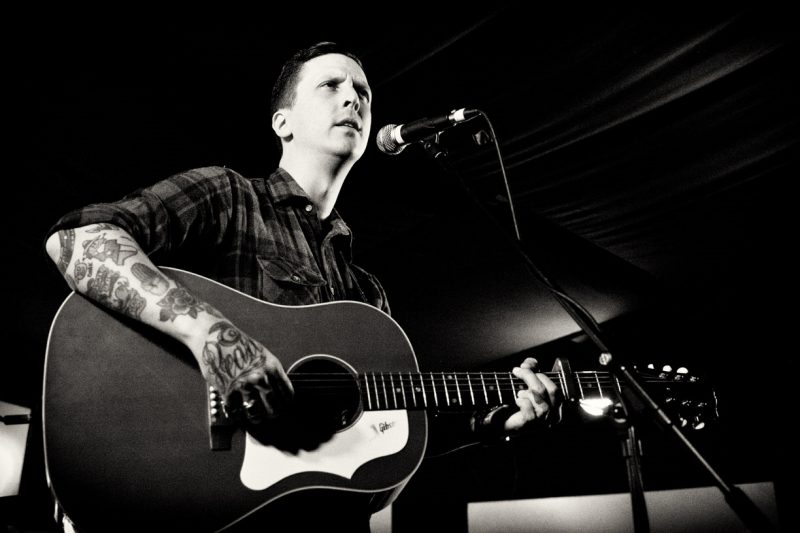 Last time Anthony D’Amato toured he was supporting Ziggy Marley as a last minute addition. Winning over a crowd cheering “Ziggy, Ziggy” and expecting the dreadlocked man to walk on stage was not easy. Tonight, however, it’s a whole different ballgame. D’Amato was on the bill this time to open for American Aquarium, so the small Bristol crowd that has shown up early and gathered in the stuffy upstairs room of the Louisiana is here to listen to him. Straight from the first note, D’Amato gets the audience on his side. It’s with full energy and enthusiasm – contrasting with his pessimistic lyrics – that he performs his songs, accompanied by dynamic guitar strums and frenetic harmonica solos.

The succession of his words, notes and movements make the audience almost forget that it’s only a one-man set. His integrity and love for music is obvious – it wouldn’t make a difference if there were two or a hundred people listening to him, he would still give his all. His catalogue of songs explores themes of the everyday such as love, relationships and breakups, but also draws on his adventures on the road and the difficulties of such a life. In his new song ‘The Oyster and the Pearl’ he sings “I been poor in a rich’s man world […] I been a diamond turned back to coal.” D’Amato makes the audience cry, laugh, sing and most of all get them ready for what is coming next. He is what any band would dream to have – a perfect blast-off to warm up the stage. 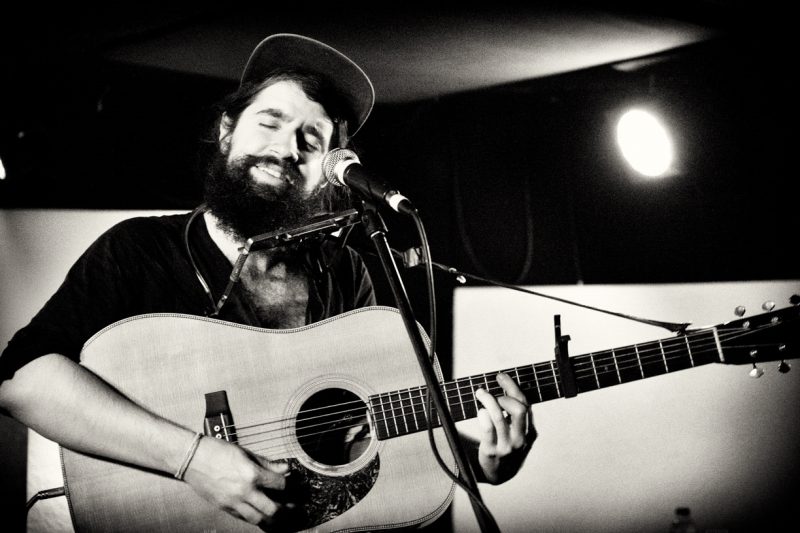 The room doesn’t fill up much more making it easy for the band to reach the stage. This is the new American Aquarium, the new line-up that frontman BJ Barham established after the mass departure of previous band members. A great concoction of talented musicians: Shane Boeker on guitar, Adam ‘Ditch’ Kurtz on pedal steel, Ben Hussey on bass guitar, Rhett Huffman on keyboards and Matty Alger replacing Joey Bybee on drums. ‘Things Change’, the name of American Aquarium’s seventh album, is not only about the change in the band. It’s about how time can heal, modify and grow someone’s mindset and ways. This is stuff of self-introspection, touching subjects such as sobriety, fatherhood and love in a world not devoid of struggles but a bit brighter.

The set is opened with ‘One Day at a Time’, a very intimate number on which Barham contemplates the winding road he had to take to meet his sober, happier self. Interestingly, the song was initially conceived as a rock number, but producer John Fullbright advised BJ to try it as an acoustic ballad. The song was recorded without the charismatic frontman knowing, which only reinforces the importance of the certainly fleeting but magical present moment. The band also performs ‘The World is on Fire’ which is actually the first number on the new album – a vivid reaction to the 2016 US election and a series of questions about the world BJ will bring up his daughter into. The perspective of becoming a dad at the time he wrote the song, compared to the reality of being one has brought him a lot of optimism in his life and an extra force to keep him away from the booze. Words such as, “His ain’t the country my grandfather fought for but I still see the hate he fought against” are sung by Barham with extreme force and honesty.

‘Losing Side of Twenty-five’ is another number on which BJ expresses his frustration with striking credibility and strength. He’s on a mission to prove that there are, “Many different paths to happiness” and being a musician on the road led him to experience and see everything he wanted to see, while his peers were getting married and buying houses. Being a misfit by choosing the artistic path is a strong theme in Barham’s storytelling. ‘Crooked + Straight’, played tonight with playful harmony with the band, is BJ’s response to his religious education. Asking too many questions, trying desperately to get rational answers got him expelled from his class.

The set is cleverly thought through and time flies as the crowd hangs onto Barham’s every word. ‘Rockingham’, from his personal solo debut album of the same name, is played at the end of the set. Again, the song is of an introspective nature – this time on his childhood memories, the places that saw him grow up and the people who shaped his personality. The end of the set is like finishing the last chapter of a relatable, honest and fascinating book: darkened by difficult times but containing a hopeful outlook on life.

All photos by John Morgan