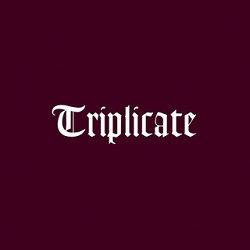 Bob Dylan’s latest release is his first studio recorded triple album, and it sees him continuing his exploration of the Great American Songbook over three discs of ten songs each. Each disc has a subtitle – ‘Til the sun goes down, Devil Dolls, and Comin’ Home Late. In a long, and wide ranging, interview with Bill Flanagan (available on BobDylan.Com) Dylan explains Triplicate as three discs each of a different mood that together make for a coherent narrative whole. If one accepts this at face value then these three moods could be summarised as “I’ve lost my gal and I’m getting old”, “I’ve fallen in love”, “It’s all over and I’m learning to live with it”. Dylan, to his credit, bats away Flanagan’s suggestion that Dylan is acting almost as a folk song collector, bringing back songs that have fallen out of the musical consciousness – Triplicate is a combination of really well known standards alongside songs that are not difficult to find if you make the smallest effort. It’s laughable to suggest that Stormy Weather or As Time Goes By need rescuing from obscurity.

Dylan sings these songs in one of his smoothest vocals of recent years, the throat is worn and weary in places and occasionally there is a bit of a crack – these were full band live takes and producer Jack Frost didn’t task Bob Dylan with overdubbing which is one place where this collection differs from similar output from Dylan’s contemporaries. These are popular songs reclaimed for a voice that might have been found singing the originals around the house or workplace whilst they went around their business. Dylan has used his road band as the core of his backup on Triplicate, with sprinklings of a horn section here and there. It’s not some shiny big jazz band vanity project. Each album has some particularly nice recordings on it. There’s the uptempo and sprightly Trade Winds which blows along as breezily as could be wished with Dylan kissing off album one with new love arriving – “we traded hearts down where the trade winds play”. Braggin’ swings beautifully, with Dylan’s vocal shot through with laughter. Stardust is the place where country weeping meets a soft jazz shuffle, it would be perfect for a movie soundtrack if Woody Allen hadn’t already claimed it.

Which leaves us where? Well, the truly dedicated follower of Bob Dylan will already be assimilating Triplicate as a major work, dissecting every in-take of breath or partially held back word for great significance. And, honestly, good for them to be able to do that. Others might conclude that since Dylan didn’t arrange the songs, or write the lyrics, this is an interesting selection of songs and not much more than that. And that’s fair enough too. Ultimately it is a pleasant enough collection, most moderately keen Dylan-philes will want to hear it, and a few tracks will grab the imagination. It is what it is, but Blood on the Tracks it is not.