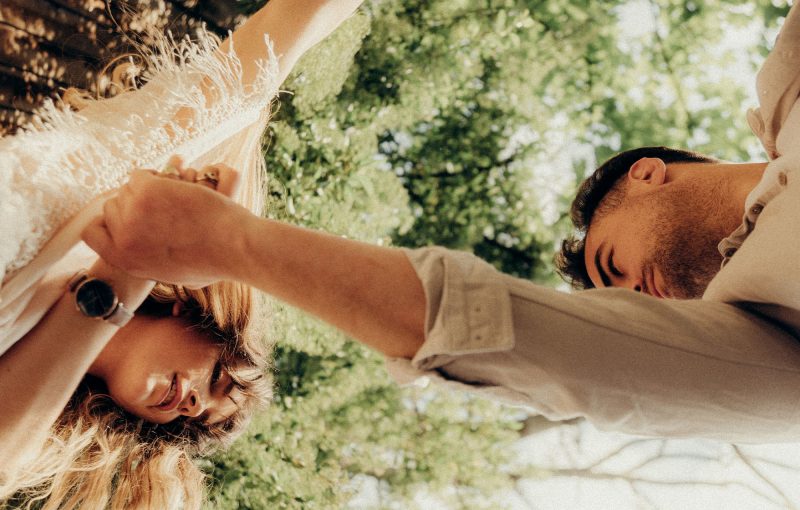 Issy Ferris and Archie Sylvester formed a duo in 2016 and, since then, have released a string of critically acclaimed singles and EPs, including 2018’s ‘Made in Streatham’, which was recorded in the kitchen of their flat in London. Through constant touring and stylish videos, they have been steadily building up a sizeable fanbase and creating a real buzz; the video for recent single ‘Flying Visit’ has been viewed 57,000 times on YouTube in the last four months. 2019 has seen Ferris & Sylvester play various festivals, including Black Deer, Isle of White, Glastonbury and AmericanaFest in Nashville. Soon, they will be returning to the USA to record new songs and 2020 looks set to be even bigger. After completing their biggest headline tour to date, the pair took the time to talk to Andrew Frolish of Americana UK about performing, song writing and preparing to record their first full-length album. END_OF_DOCUMENT_TOKEN_TO_BE_REPLACED

Forrest Van Tuyl (aka An American Forrest) spends six months of the year working as a cowboy on the trails of some of the remotest wilderness areas of Oregon and the other six months writing and playing music. A singer-songwriter for over a decade, his latest album ‘O Bronder, Donder Yonder?’ (Hearth Music) reviewed earlier this year by AUK, draws deeply on his outdoor life, and, amongst other genres, is inspired by a mixture of folk, Outlaw country and traditional American music. Above all, it feels like it’s modern American frontier music of the deepest kind – about living in one of the last parts of the North American wilderness in the 21st century. We talked to Forrest Van Tuyl about how he came to be writing, singing and playing music like this. END_OF_DOCUMENT_TOKEN_TO_BE_REPLACED

‘Carousel’, the new solo album by UK singer-songwriter Luke Tuchscherer, is a stripped-back record that stands in marked contrast to his previous release, the full-on rocking ‘Pieces’ on which he was accompanied by his band The Penny Dreadfuls. What both albums share, though, (aside from their 8/10 ratings from AUK) is some keen social observation and storytelling. Mark Underwood spoke to Luke about his influences, his prodigious musical output, the political situation as we approach the dreaded ‘B’ day, his recent live shows, life in New York, and what the future has in store for him. END_OF_DOCUMENT_TOKEN_TO_BE_REPLACED

Nils Lofgren, one of the world’s great guitarists, is a musician’s musician. He has shared a stage or a recording studio with the likes of Neil Young, Crazy Horse, Lou Gramm and Ringo Starr and for over 30 years he has been a key member of Bruce Springsteen’s E Street Band. Lofgren’s latest solo record is a fascinating project, built around a set of songs co-written with the fabulous Lou Reed. END_OF_DOCUMENT_TOKEN_TO_BE_REPLACED

Glasgow musician and songwriter, Daniel Meade, first came to attention with The Ronelles, who had 15 minutes of fame in 2015, touring the States and Japan. Next up were The Meatmen who played a much rootsier blend of country blues before Meade kicked off his solo career. With and without his latest band, The Flying Mules, Meade has since released several albums to critical acclaim with 2014’s ‘Keep Right Away‘, recorded in Nashville with members of Old Crow Medicine Show along with Joshua Hedley and Diana Jones, perhaps the best regarded. END_OF_DOCUMENT_TOKEN_TO_BE_REPLACED 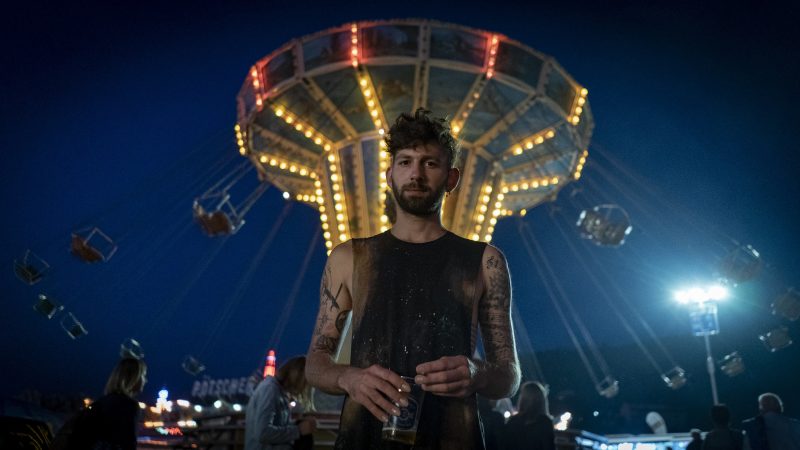 Felix Junger is a talented multi-instrumentalist. He plays in a number of bands across a range of genres but his latest project is a solo indie-folk record, ‘Of Journeys and Other Longings’, released under the name Yunger. It’s a wistful album, with a sense of wonder and a yearning for travel, for new experiences, for something more. Junger’s folk-guitar underpins his modern, uplifting sound and the end result is a confident, cohesive album full of summer melodies. The singer-songwriter from Austria recorded most of the instruments and mixed the album himself, showcasing his skills on the mandolin, banjo and accordion and allowing him to create rich soundscapes to soundtrack his travels. END_OF_DOCUMENT_TOKEN_TO_BE_REPLACED

With the imminent release of a new EP and a seven-week tour coming up, Zoe Nicol and Rosie Jones of Worry Dolls will be keeping busy this autumn. The pair met in Liverpool while studying music and soon discovered that their voices, multi-instrumental talents and song writing skills were well-matched. They have been writing and performing together ever since. Worry Dolls are a lesson in following your dreams: Nicol and Jones made the difficult decision to leave their old lives behind and move to Nashville, where they recorded their well-received debut album, ‘Go Get Gone’. Their song, ‘Endless Road’, was nominated for Song of the Year at the Americana Music Association UK Awards and they have been championed by the likes of Bob Harris. So, anticipation is high for their new EP, ‘The River’. After the new song was showcased brilliantly at The Black Deer Festival, Americana-UK caught up with Worry Dolls just before the single’s release to find out more about the inspiration and song writing process. END_OF_DOCUMENT_TOKEN_TO_BE_REPLACED

Pete Gow, front man for the late Case Hardin, one of the UK’s foremost hard rocking Americana styled bands, surprised a lot of folk when he released his first solo album, ‘Here There’s No Sirens’ back in April. Gone was the rollicking and hard rocking thrust of Case Hardin, replaced by intimate stripped back songs, mainly acoustic and awash with bold brass and string arrangements. And while the sound of the album may have surprised many folk, it was praised across the board, with AUK’s review saying it was, “a deeply personal and intimate set of songs with some great lyrics and astute musicianship, all recorded wonderfully and delivered with heart.”  Already, in some quarters, it’s been mentioned as likely to be in the short list for UK album of the year at the next AMAUK awards ceremony. END_OF_DOCUMENT_TOKEN_TO_BE_REPLACED

When Delines singer Amy Boone was hit by a car in a devastating freak accident in April 2016, it looked like her singing and touring career might well be over. Indeed, Willy Vlautin the band’s engine and song-writer really did fear the worst. When asked after a UK show, about Amy’s progress, he hung his head sadly as he confided that The Delines might end up being a just recording band, and that their touring days may well be over. It seems that Willy had perhaps not taken into account the gritty determination of ex Damnation lead singer, and all round tough cookie … Amy Boone. Americana-UK’s Alan Taylor spoke to her about her recovery and her musical journey, at Rough Trade Nottingham on their last visit to the UK. END_OF_DOCUMENT_TOKEN_TO_BE_REPLACED

For many years, Danny Schmidt has been releasing critically-acclaimed albums, full of consistently exceptional songcraft and intelligent lyricism. The Texan singer-songwriter is known for his delicate, folk guitar, warm voice and poetic approach to his subjects. A genuine troubadour, Schmidt’s songs of wit and wisdom have a timeless quality. Although Schmidt usually performs solo, he’s also released music with his wife, Carrie Elkin, who is another acclaimed singer-songwriter. Schmidt’s considered approach to lyrical content and musical arrangements mean that he can tackle powerful subjects in subtle ways. His recent record, ‘Standard Deviation’, is his tenth recording and all his experience as a writer and performer has worked its way into this well-received album. In the middle of his American tour to promote the album, Americana-UK caught up with Schmidt to find out a little more about the title track. END_OF_DOCUMENT_TOKEN_TO_BE_REPLACED