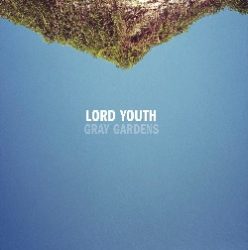 Creeping its way into your ears with a dirty, slightly otherworldy cha-cha that sounds like a wantonly peculiar outtake from a Richard Hawley record, Lord Youth’s ghoulish novelty-noir is brilliantly uncomfortable listening. Micah Blaichman’s dead-pan tenor, sometimes reminiscent of Johnny Dowd’s unnerving vitriolic intoning, drawls across a raft of 1950s style Americana that is full of creaking, wining guitar, junk-yard percussion and demented honky-tonk piano (nowhere more evident that on “Someone Was Singing Hi Ho Silver”).

The ‘theatre of the absurd’ take on slowed down vintage rock ‘n’ roll is generally not at the expense of a decent song either, with tracks like “Plastic Bombs” and the desperate nihilism of “The Room Is On Fire” showcasing Blaichman’s ear for musical innovation, carving a place in the present whilst very much wearing influence like a badge of honour. Space and texture are also devices that are very effectively used throughout the record – ambient sound, distorted crackling and shimmering reverb create an ethereal backdrop to several of the songs that brings to mind the vulgar tattiness of the world evoked by PJ Harvey and John Parish on “Dance Hall At Louse Point” or the near comatose nonchalance of the house band at Fish Mooney’s, as imagined in Bruno Heller’s ‘Gotham’ series (if you have no ideas what I mean, check out Liza’s audition clip on Youtube).

Frustratingly, there are moments that are a little more raucous that simply fail to work and when they hit you, it almost feels as though you’re being rudely awoken. Nevertheless, these interventions are unwelcome, but thankfully few and, on the whole, the record is captivating and eerie, strange, but quite wonderful.

Not one for the children…

About Owen Gillham 20 Articles
Banjo playing, guitar strumming, bearded folky with a special place in his heart for Americana, coffee and cake. Graduated from Bretton Hall many years ago with a degree in Contemporary Music and (he said, proudly) probably the only person on that course to have ever written a dissertation about country music!