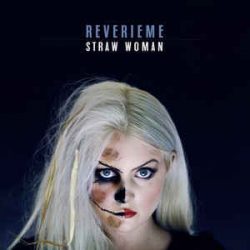 There are so many occasions where this record comes close to being beguiling that it’s a pity that there are only a few moments where the promise is completely fulfilled. Louise Connell has a lithe voice that wraps itself around words in a seductive manner whilst inhabiting the personality of the songs. I’m perfectly happy to get drawn in and lost in songs like ‘Plankton’ where her voice is matched against dark electronic tones and the flightier mandolin. When her voice is front and centre it dominates the song, the tremolo strums adding in some Twin Peaks atmosphere without detracting from the impact.

What does weaken the record is the recourse to over-decorate the songs. The opener begins with the lightest of ukulele strums and quickly bursts into a full band with horns, and every space is filled. ‘Golem’ again starts in a quiet way before slipping quickly into something grand – the Johnny Marr guitar is fine but the horns kill it. Again ‘Nocturnal Babe’ starts with just ukulele then again faint echoes of the Smiths before it departs for all parts Nashville. ‘All Up to Me’ puts things right.  Again the voice is the centre; ripples of acoustic guitar are the bulk of the adornment and it is all that is needed.

The uncredited bonus track ‘When There Was’ introduces the banjo and it makes an excellent foil for her voice – the two instruments really converse with each other.  The big change, the introduction of masses of backing vocals (which pass over like a thunder cloud) has its impact and departs.

Connell is obviously busting with talent and there is much to admire here, Earlier versions of some of these songs are available on Bandcamp sounding something like Allo’ Darlin’ and it really suits the songs and her strengths as a performer.