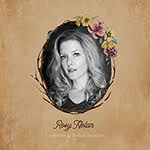 Nine years on from the release of her last album ‘Black Out Nights’, Rosy Nolan is back with her EP, ‘Footprints & Broken Branches’. An Americana and country singer hailing from Northern California, Nolan explores, in her own words, ‘a softer, folksy sound in her latest album’, compared to her Northern California counterparts such as Merle Haggard’s infamous Bakersfield sound.

One of the great things about EPs is that you can metaphorically dip your toes in the water before leaping into a full album. Amusingly, having listened to the album, I wanted to do exactly that, only to find it to be such a shift from the upbeat sound of previous records, to the slow melodious sound in this one, that it felt like listening to a different artist! But I’m not complaining and am hoping for more of the same in the future, alongside some more upbeat tracks.

The first song, ‘Heaven’s Name’, has such a relaxed sound that you can’t help but tap your foot along to it as it plays. Nolan sings about stories you’d hear from neighbours and Americans of all walks of life and it is precisely this storytelling aspect that puts you so at ease while listening to her music. Accompanied with the soft guitar in the background and a male voice, ‘Return to Spawn’, is the standout of the EP, with the featured violin solo making you wish you were sitting in the middle of nowhere, just listening to this album while watching people’s lives pass you by.

Nolan’s voice isn’t necessarily your typical country or Americana female voice, with a much raspier tone and seemingly a wider range. The harmonies are tight on ‘Tumbleweed’, and ‘Old Ravine’, but maybe lacking something in variety. Whilst you can perfectly enjoy a calm EP like this, any album will need something grander and perhaps this demonstrates the values of holding on to her old upbeat folk values.

However, this doesn’t detract from what is a lovely EP, and we truly reap the rewards of hearing the tales of Rosy Nolan told in a beautiful and tranquil manner.  ‘Footprints and Broken Branches’ sees her venturing into new artistic territory and it’s exciting to see what the future holds.

A new adventure into something promising