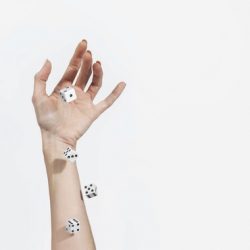 Named after her favourite sweet treat in Asbury Park and her alter-ego while shooting dice on the Jersey Shore, ‘Italian Ice’ is the latest album from the extremely talented Nicole Atkins. The album features a wide array of equally brilliant talent, including members of the Bad Seeds, Dap-Kings, the legendary Muscle Shoals Rhythm Section, Seth Avett and more. END_OF_DOCUMENT_TOKEN_TO_BE_REPLACED

There’s a lovely retro sound and look to the new video from Nicole Atkins,  ‘Captain’, which features backing vocals from Spoon’s Britt Daniels.  Her new album, ‘Italian Ice’, is out on 17th April and features an impressive line-up of players, including members of The Bad Seeds, Midlake, Seth Avett and John Paul White, amongst many others.  Atkins says of the group: “Musically, it doesn’t make any sense but I’m a superfan of all of them and we ended up with the weirdest, craziest band ever. It just became this awesome misfit party.”  The album promises a blend of all the muscial genres to be found in Atkins’ record collection from honky tonk to symphonic pop with a little punk thrown in.  One to look out for.

Nicole Atkins returns with a new album ‘Italian Ice‘ to be released on the 17th of April via Single Lock Records.  The title references her Asbury Park days, where the titular treat was available on the boardwalks,  it’s also her alter-ego when shooting craps.  Nicole Atkins describes the new album as “an acid trip through my record collection“, and as such it encompasses a range of sounds. END_OF_DOCUMENT_TOKEN_TO_BE_REPLACED

So yet again it’s the weekend dear reader, just in time for the most miserable day of the year. Cheer yourself up with news that Nashville crooner Nicole Atkins, who recently toured the UK with Mercury Rev, will return to our Brexity shores in April for a string of headline shows. Having performed just before Christmas with friend and collaborator Jim Sclavunos from the Bad Seeds, Atkins will play her fifth London show in 18 months at The Lexington on 30th April.  END_OF_DOCUMENT_TOKEN_TO_BE_REPLACED