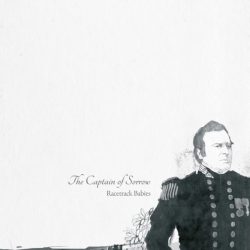 Late of the Danish band Racetrack Babies, Hans-Christian Segaard Andersen wanted these 12 songs to sound like 12 different bands and the title of each song is meant to be a possible name for a band. It doesn’t make for continuity but it does make it interesting. Buzzword Surfers is a decent name for a band, and a decent song,  restrained with all of the ingredients folded in together, a little like Arcwelder as the song reins in and then releases the power. Hollow Empty Void is a noisy buzzing song; sounding like it might have been on Amphetamine Reptile Records if it were a little more truculent.

Anti Anti is one of those songs that feels like it could become instantly memorable if it wanted to be – the chorus is fine as it is but it could be polished to something extraordinary. There’s something of the intelligent indie-rock of The Bruces about these songs. Melancholic bristles with energy, the energy subsumed into the song, the guitars frantic but they are in the background; the foreground grounded, it is only the last few seconds where things threaten to get out of control. Skull Coppers has the off-kiltedness of Number One Cup and the melodic sensibility of Big Dipper. This indie-rock in the old-fashioned sense of the term, that is not beholden to any orthodoxy and this record certainly has its own logic. It can be exasperating but at its heart it is trying to do things differently and mostly succeeds.

Not just the Emperor’s new clothes