Some great clips here if you click through.  Rolling Stone Country reports: “Over the weekend, Jason Isbell became the latest Americana heavyweight to appear on the newly reincarnated Prairie Home Companion, now hosted by roots musician Chris Thile. Isbell’s chilling rendition of “Speed Trap Town,” one of the highlights from his 2015 album Something More Than Free, was one of four songs the singer-songwriter played during the historic radio show’s live taping in Philadelphia. In addition to “Speed Trap Town,” Isbell delivered flawless, solo acoustic renditions of favorites from his last two records, including “Something More Than Free,” “24 Frames” and his signature “Cover Me Up” from Southeastern. Watch them below.  END_OF_DOCUMENT_TOKEN_TO_BE_REPLACED

The AMA-UK, our confusingly acronymed brethren here at AUK, have announced their shortlist for the nominations for next year’s UK Americana Awards ceremony which will be held in St John at Hackney, London on Tuesday 2nd February, part of AmericanaFest UK, a two-day event which will also include an evening of showcases on the Wednesday featuring 20 bands playing in various venues around Hackney, plus daytime conferences on both days.   Richard Thompson has been chosen for this year’s Lifetime Achievement Award in recognition of his contribution to the Americana genre over the span of his career and life in music.  Thompson commented: “I’m deeply honoured to receive this award. My heartfelt thanks to AMA-UK.”  END_OF_DOCUMENT_TOKEN_TO_BE_REPLACED

And they’ll need all the help they can get now.  JamBase reports: “Legendary musician and noted environmental activist Neil Young spent his 71st birthday on Saturday joining the Standing Rock Reservation protest. Young brought along an acoustic guitar and harmonica and performed for the people opposing the Dakota Access Pipeline. Earlier this year Young released the song “Indian Giver” with a video featuring footage from the protests. The song is on Young’s upcoming new album Peace Trail which comes out on December 2.  END_OF_DOCUMENT_TOKEN_TO_BE_REPLACED

The idea that God moves in mysterious ways is being pushed to its logical limits this year.  The Guardian of many reports:  “Leon Russell, who emerged in the 1970s as one of rock’n’roll’s most dynamic performers after playing anonymously on dozens of pop hits as a much in-demand studio pianist in the 1960s, died on Sunday at the age of 74, according to his website. Russell, who was inducted into the Rock and Roll Hall of Fame in 2011, died in his sleep in Nashville, Tennessee, his wife said in a statement on the website.  END_OF_DOCUMENT_TOKEN_TO_BE_REPLACED 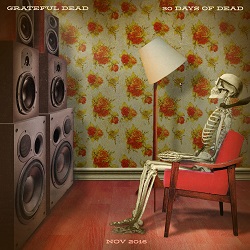 In an act of typical generosity The Grateful Dead are giving away a song a day all through the month of November.  Covering all periods of the Dead these range from a few minutes long to the epics that one has come to expect from The Grateful Dead.  There’s also a prize quiz, but you don’t need to enter this to get access to the tracks.  Even better, the tracks already posted will remain available all month.  So, if you’d like to have a free Grateful Dead album – then your wish has been granted.  Just head over to www.dead.net.  Thanks guys – we needed a lift this month.

Ady Johnson has announced an upcoming UK tour supporting Scott Matthews and his band.  His 2015 EP ‘Thank You For The Good Things’  was his second solo release since he fronted Colchester rock ‘n’ roll band FuzzFace; with his debut album ‘Tell The Worry Dolls’ receiving critical praise from UK media, as well as a recommendation for album of the year from Press Association. And the title track of the last EP ‘Thank You For The Good Things’ was chosen for Tom Robinson’s BBC Introducing Mixtape and aired on his BBC 6 Music Show, so you know, all good things. END_OF_DOCUMENT_TOKEN_TO_BE_REPLACED

Following a sold out London double-header at St Pancras Old Church on 2nd November,  singer-songwriters Rachel Sermanni and The Lake Poets have announced a series of shows together, commencing on 23rd November.  The music of Folk-Noir balladeer Rachel Sermanni has the flesh of folk but, if you were to cut the skin, you would apparently find it pumped with contemporary, genre-blended blood.  Perhaps don’t cut it open.  The Lake Poets on the other hand is confusingly just one person singular, Sunderland based singer-songwriter Marty Longstaff, whose self-titled debut album was released in autumn 2015 to rave reviews and has spawned the singles ‘Your Face’ and ‘Edinburgh’.  END_OF_DOCUMENT_TOKEN_TO_BE_REPLACED 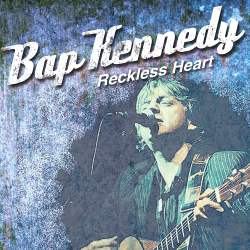 The final record by Bap Kennedy, who died earlier this month following a battle with cancer, will be released on December 2nd. Completed earlier this year, “Reckless Heart” is the culmination of a lifetime of defining the songwriting craft, with fans including Steve Earle describing him as one of the great songwriters of our times.  The label’s press release states: “We all wanted so much for Bap to see his latest record released, but unfortunately that wasn’t to be. We are all in agreement that one of the best ways of honouring Bap’s legacy is to continue to move forward with the release of ‘Reckless Heart’ at the earliest opportunity. Therefore we can confirm that the album will now be available in the UK/Ireland on 2nd December. The US release is 27th January 2017 – this date will also see a vinyl edition available worldwide.”  Look out for a review on AUK shortly. END_OF_DOCUMENT_TOKEN_TO_BE_REPLACED

Which couldn’t be more apt on today of all dark days. God help us all. Rolling Stone reports: “The Drive-By Truckers have released their powerful new music video to “Surrender Under Protest,” a track from their recent album American Band. The song, sung by co-frontman Mike Cooley, uses an old Confederate slogan to address ongoing racial violence and tension in the modern South. Directed by noted music video director Lance Bangs (Arcade Fire, the Shins), the video features the band performing the song below a highway overpass while footage of civil unrest in the United States is interspersed throughout.  END_OF_DOCUMENT_TOKEN_TO_BE_REPLACED

Lewis & Leigh – Al Lewis from Wales and Alva Leigh from Mississippi – released their debut album ‘Ghost’ on Celticana Records in August of this year to rather impressive reviews, The Observer describing it as featuring “songs and harmonies that carry as much sweetness as sorrow.”  Which makes for a nice change.  It’s the culmination of a collaboration that began in 2014 when the two musicians first began writing together, and they’re hitting the road as it were from February next year for an extensive run of dates following a run of support dates with Deacon Blue this month.  END_OF_DOCUMENT_TOKEN_TO_BE_REPLACED